In a recent op-ed for the Dorchester Reporter, Alex Vega, Director of Policy & Programs for Massachusetts Coalition for Occupational Safety and Health, discusses the importance of passing “An Act to Prevent Wage Theft and Promote Employer Accountability (H.1033 / S.999).”

Vega highlights the many forms of wage theft that he sees in his daily work with MassCOSH, including misclassification of retail workers, refusal of contractors to pay construction workers and unpaid overtime by those in the healthcare field. By robbing these employees — who “can afford this mistreatment the least” — of their hard earned wages, Vega says, these employers are “stealing the ability of workers to afford food, shelter and other basic necessities. ”

Vega also talks about his organization’s work with Community Labor United on the “Good Jobs, Strong Communities,” coalition which pushes to promote employer accountability by passing legislation like “An Act to Prevent Wage Theft and Promote Employer Accountability (H.1033 / S.999).” He points out that without enforceable laws, it is very difficult for employees to reclaim stolen wages, explaining that the offending employers often use subcontracting and outsourcing to get away with wage theft.

He writes that these practices have  “overwhelmed the capacity of existing labor laws and enforcement mechanisms,” going on to state that without passing strong legislation preventing these practices, “The promise of a fair day’s wage for a fair day’s work is becoming a hollow one.” 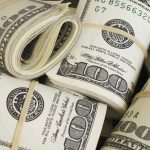 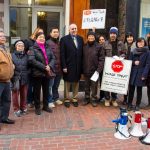 Taking on wage theft in downtownBlog