Last week Carpenters Local 107 union members and community allies rallied in front of a development project at 145 Front Street in Worcester to speak out against New Jersey subcontractor, P and B Partitions, who allegedly violated labor laws by failing to compensate local carpenters for overtime hours worked on the project.

Five workers have filed formal complaints with the U.S. Department of Labor against P and B Partitions. Edward Vazquez, one of the workers involved in the lawsuit, told Worcester Magazine that the subcontractor withheld overtime hours and time-and-a-half overtime pay from his paychecks for roughly an eight month period. After speaking out and trying to organize fellow workers, he was fired. Other workers involved in the lawsuit have similar stories.

Local 107 agrees with city officials that the 145 Front Street project – a luxury residential development in Worcester’s CitySquare – will greatly benefit the downtown area. However, Local 107 officials believe developers should have made a greater effort to employ local carpenters and ensure that they were paid fairly. Speaking about the case, union organizer Manny Gines told Worcester Magazine that wage theft is more common than the public may think, stating “It’s an epidemic. … Nobody knows it and it’s happening every day.” According to Gines, the wage theft epidemic mostly harms non-unionized and migratory workers.

State Representative Dan Donahue, a co-signer of “An Act to Prevent Wage Theft and Promote Employer Accountability,” also attended the march, telling protesters, “I am so proud that you are making a stand against a violent injustice.” Going on to explain that approximately $700 million is lost in wage theft annually, Donahue stated, “That’s $700 million that’s not going back to our schools, our kids, our public safety, going back to our middle-class people.” 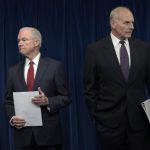 The effects of the Trump administration on wage theftBlog